Alot of people speculate about how the drug war will be affected depending on who wins the Presidential elections coming up in November. Lets make it real easy…Bill didnt inhale and his administration punished marijuana consumers. Hillary wont even bat a lazy eye in upping the ante on punishing liberal democrats for supporting Obama…she will probably have kitchen sink full of prisons if elected. McCain is a conservative who will follow Bush’s strategy of “all stick, no carrot”..in other words…the same ole same ole..and thats not progress.

So we have Obama…and if you can get your racist mindset to take a lunch break, you will find that he has actually admitted to dabbling in the recreational use of some drugs and doesn’t seem to think that it had a negative affect on him. Will he still leave the existing Criminal complex alone or will he move towards harm reduction, treating mj as a health concern, and perhaps bridge the gap between spiritual freedom and the first admendment’s doctrine that the people have a right to express their spirituality in whatever method works…??

I think Barack can make the best decisions regarding the drug conundrum that is the USA. We have cocaine, crack, meth, oxy, heroin and other drugs destroying lives…which has me thinking Obama can see thru the haze of reefer madness and set forth a better drug policy(reform) that will help us find a healthier path in our pursuit of happiness. 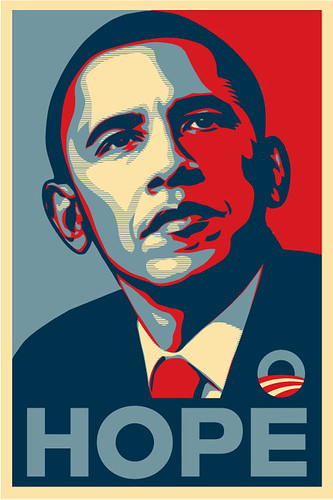