Call of the Snow Lion is a new documentary series from Tibet Foundation revealing a history of the unsettled Tibetan Diaspora. In 1949, the Chinese People’s Liberation Army marched into the Kham region of east Tibet creating unprecedented upheaval which, in 1959, resulted in thousands of Tibetans moving into exile in India, Nepal and beyond….

“A prayer flag is a colorful panel or rectangular cloth often found strung along mountain ridges and peaks high in the Himalayas to bless the surrounding countryside or for other purposes. Unknown in other branches of Buddhism, prayer flags are believed to have originated with Bön, which predated Buddhism in Tibet.[1] Traditionally they are woodblock-printed…

he needs prayer flags behind him.. namaste! Adam Yauch updates fans on his health

Even the Dalai Lama Needs a Point Man 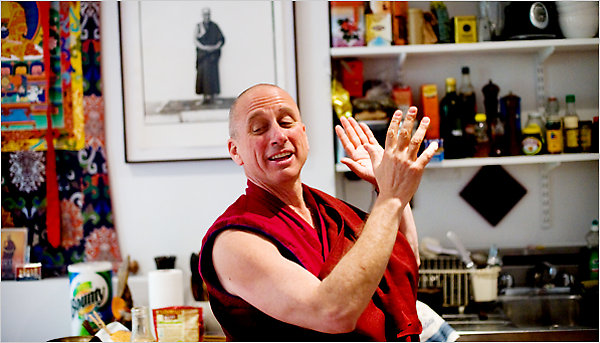 “I remember shaving my head for the first time,” said Nicholas Vreeland, who, as director of the Tibet Center in New York, has spent much of the last year making arrangements for the Dalai Lama’s four-day visit to Radio City Music Hall, which begins May 20. ” Up Close – Even the Dalai Lama Needs…